Despite these staggering statistics, PAD is often under-recognized, under-diagnosed, and under-treated. Lack of awareness even exists among physicians, with only 49% of primary physicians treating patients with a prior diagnosis of PAD actually aware of it, despite documentation in medical records.

PAD is a common circulatory problem in which plaque builds up inside the arteries and restricts blood to the lower limbs and feet. Common symptoms include, but are not limited to, painful cramping in the hip, thigh or calf muscles after walking or at rest, leg numbness or weakness, coldness in the lower leg or foot, or sores on the toes, feet, or legs that will not heal. Severe forms of the disease can lead to gangrene, limb loss, or even death.

Over the past decade, significant advancements have been made in technologies and revascularization techniques to improve outcomes for patients with PAD. It is now possible to treat the majority of sufferers  with a minimally invasive revascularization, avoiding limb amputation, and potentially saving these patients’ lives.

Unfortunately, PAD is still under-recognized, under-diagnosed, and under-treated and not enough of these patients make it to a physician that can alleviate their symptoms or allow them to avoid an amputation.

If you have found this article helpful, please don’t forget to share!

Find a Doctor
in your area 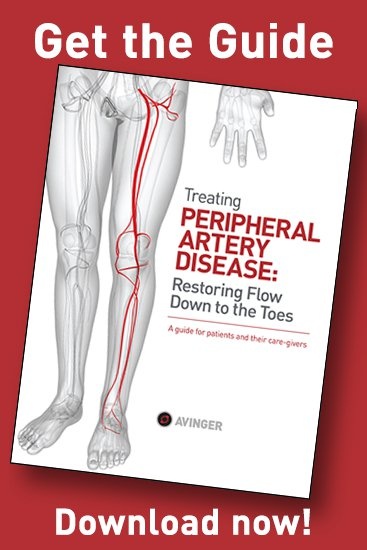 Study Finds: That Black Men and Women have a 30% Higher Risk for Developing Peripheral Artery Disease

Researchers Quantify the Lifetime Risks of Developing Peripheral Artery Disease Based on Race     A ...

April is Limb Loss and Amputation Awareness Month. The purpose of this month is celebrating ...